Go to article
You are using an out of date browser. It may not display this or other websites correctly.
You should upgrade or use an alternative browser. 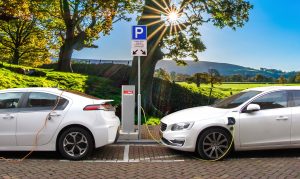 Figures published by the Society of Motor Manufacturers and Traders (SMMT) each month show that electric car sales in the UK have risen dramatically over the past few years. While only around 500 electric cars were registered per month during the first half of 2014, this has now risen to an average of more than 5,000 per month during 2018.
By the end of 2018, more than 60,000 plug-in cars had been registered over the course of the year – a new record. This significantly improved upon the previous record, set in 2017, increasing it by more than 13,000 units. By the end of the year, plug-in cars as a proportion of total UK registrations reached 3.8%, and averaged over 2018 electric cars represented 2.7 per cent of the total new car market in the UK.
The cumulative figure also shows sustained and dramatic growth of the EV car and van market. According to...
Click to expand...

I know this is an old thread but it is crazy how just a few years can change everything.